Andre (28 years old) & Lala (26 years old) may be the last person to create an Instagram account among his friends. On the day they joined, Andre and Lala followed about 50 accounts of their friends and workmates, and they also followed some famous celebrities and fashion brands. Now they are busy to put up their photos. By the end of the month, Andre and Lala had already followed more than 200 accounts. Most of them were people they knew, they didn’t expect that only about 15 people followed them back. They do not expect celebrities to follow their accounts, which makes them wonder why their friends don’t either. Andre responded to this personally until he thought about it constantly. “Is my life and photos so boring that they’re not worth following?” or “do they really like me?” Meanwhile, Lala began to compare her condition with her friends who she considered more successful than herself. It could be both true, or even both are not true. It’s possible that his friends don’t take their social media seriously like Andre. Or it is very serious so they always try to show the best in their social media so that it worries Lala. Whatever is behind this situation, before following Instagram they were actually fine without the need to feel any significant anxiety.

Using social media for a long time can cause anxiety as the time of its use increases. Business companies, celebrities and well-known brands use social media to interact with their targeted communities to monitor consumer interests. But the use of social media for companies and personal users produces different effects and goals.

Estimating the feelings and opinions of friends and colleagues towards themselves is often done by someone who uses social media personally. It ends by comparing the condition of yourself and others. Finally “Likes” could be interpreted as consent. When our friends don’t give “Likes” or don’t follow us can be directly interpreted as dislike or indifference. Although the procedures for behaving in social media cannot be defined with certainty, narrow interpretations can be very subjective that can make us estimate the worst only. These things then trigger a person’s anxiety that comes from the use of social media. 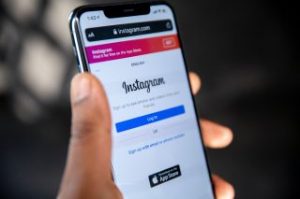 This narrow interpretation worsens when your friend doesn’t follow back in an Instagram or Twitter situation or worse doesn’t become a ‘friend’ anymore on your social media. Even as this often happens, it inspires the emergence of apps to make friends no longer friends, such as Unfollowgram, Friend or Follow, JustUnfollow, iUnfollow, and Unfriend Finder to make sure which ‘friends’ have ‘let you down’ and which ones are ‘really friends’.

It’s normal to feel disappointed or upset when your friend responds to another friend but doesn’t respond to you. But it is important to remember that social media can be superficial to be used as a measure of one’s attitude and our closeness to someone. The way a person uses social media can be very diverse, the important thing to know is that people often only show the good side that others really want to know or their strengths that they want to show. Has anyone written down for example the condition of their divorce, or put a picture of them fighting with their parents? (Unless it’s aimed at increasing fame, or maybe seeking attention from others for wanting to be pitied.) 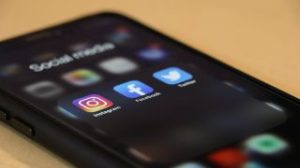 So don’t be too quick and easy to judge someone’s opinion of yourself or you judge yourself with your friends especially from social media. Isn’t a true friendship a part of a real life?

This site uses Akismet to reduce spam. Learn how your comment data is processed.